How can Blockchain as a Service (BaaS) Make Encryption Accessible ? 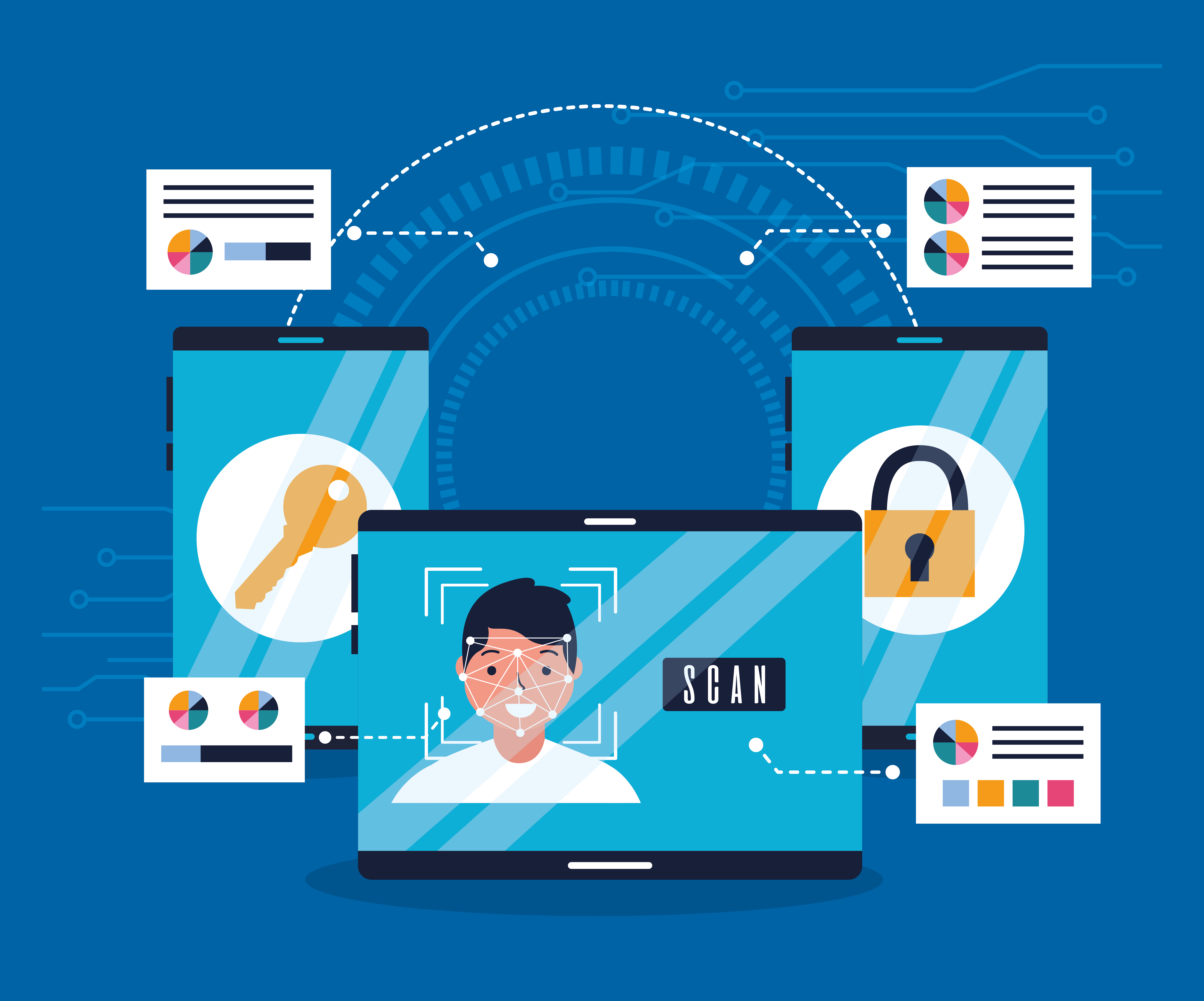 New technology trends are changing the world economy from cloud computing to IoT. As for the financial sector, the blockchain is likened to a new trend in the future.

The blockchain is essentially a transparent shared ledger that many users can be able to track and manage. Whenever a Bitcoin is spent, a transaction is made; the user can find detailed information such as the payers, receivers and the amount of Bitcoin transaction.

However, to ensure the legality of Bitcoin, transactions are secured by encryption techniques. It usually takes ten minutes for the system to confirm a transaction, but once confirmed, a new block will be added shortly afterwards. Blocks are linked over time to maintain the integrity and integrity of the system, creating a sequence of blocks called blockchain.

Governments in some countries and financial institutions are monitoring and turning in policies and plans for e-money, but it is the interest of new financial players that makes blockchain technology spread rapidly.

Blockchain is considered as a way to keep costs and time down to counterbalance interbank transactions, as well as create a safer system. At this time, many financial institutions are fighting for each other to form new alliances to commercialize blockchain technology. The most significant is the R3 alliance of Australia's three largest banks, including Westpac, Commonwealth, and NAB along with 40 banks and a number of other financial institutions around the world.

BaaS: Blockchain as a service

With the advent of Blockchain-as-a-Service by Microsoft in 2015, it opened the way for companies desiring to try to apply this technology to their model before  heavily investing to develop solutions based on the blockchain. Microsoft is currently providing the platform "Blockchain as a service" (BaaS), which is a server system containing blockchain ledgers not only for banks but also for other financial institutions. Basically, Blockchain-as -a-Service allows companies to develop, operate and maintain the blockchain platform for their enterprises and take advantage of this technology without losing the core business value.

To deploy and apply the blockchain for your enterprise, you will have to set up nodes on the blockchain platform and maintain it. Technical and process complexity can make it difficult for enterprises to implement blockchain systems effectively.

Blockchain-as-a-service helps enterprises ignore their anxiety about complex infrastructure. Similar to other IT industry models such as Software-as-a-Service, this will speed up the adoption of blockchain into enterprises.

Blockchain as a Service: When enterprises look for change

BaaS provider will set up nodes that are connected to the blockchain network for the business and will handle all technical issues. In other words, BaaS allows businesses to "hire" a blockchain service from a (hosting provider) who will be responsible for deploying and installing the blockchain configuration for your enterprise on their servers.

This deployment is not easy due to the operation scale and the integration method. Blockchain-as-a-service allows enterprises to try new technologies before officially applying them to cut costs down and eliminate complexity. Instead of making a decision to upgrade an extremely expensive system, enterprises can first test and check on a certain solution and utility.

Promote the industrial revolution through Blockchain as a Service

Blockchain competition among technology billionaires is growing rapidly. The days of earning money from the computer hardware business were quickly fading away and now their earning money is coming from selling products like cloud computing-based services. Notable services that users can often encounter are "Software as a service" (SaaS), typically the Office 365 office application. But that's also like "Infrastructure as a service - (IaaS), where high-tech companies provide virtual hardware on the Internet and provide servers for large-scale enterprise with ability to meet many corporations’ demand. BaaS is no exception, the big guys in technology have launched BaaS platform which set aside for enterprises. From Ethereum-based platforms to BaaS-based Hyperledger services, large ecosystems make it hard for your company to choose a reliable supplier. We give a few suggestions about top BaaS platforms:

IBM allows an enterprise to develop, manage and operate a multi-organization network easily. With the business plan providing access to transaction order services, certification and equal networks. Recently, IBM announced (pluggable architecture) , new consensus algorithm and advanced identification management to turn its platform into one of the most powerful, safest and highest customizable BaaS solutions.

Amazon has been the leading e-commerce service provider in the world for many years. Amazon's revenue recorded from Amazon Web Service is about $ 6 billion last year. Amazon provides various services such as PaaS, IaaS and SaaS that are currently connected to DCG (Digital Currency Group) to gain more BaaS upgrade facilities through the AWS platform.

akaChain: Out of the Box

akaChain is the latest candidate in the field of Blockchain-as-a-Service (BaaS) development. akaChain provides blockchain infrastructure for enterprises and organizations to enable them to take advantage of the blockchain technology without investing in other customized blockchain solutions. Instead, akaChain provides a main chain to deal with blockchain security issues and decentralization with  side chains linked by  Privacy Preserved Bridge Protocol (PPBP) which is available to use for different business applications. PPBP protocol allows storing personal data in cryptography to ensure transparency and security with the nature of focusing on controlling business innovation by creating a fair and objective network environment in order to determine the essentials for smooth business operation until the blockchain network creates a complete product, thus enabling enterprises to transform smoothly in the application process

In the future,  the BaaS platforms will be widely applied to various industries from financial services, healthcare to supply chain management, ... The advantages which are provided by BaaS platforms will play a catalyst role in the blockchain technology.

We can totally believe that the accessibility to blockchain technology through the BaaS platform will enable businesses to test, develop and create better solutions. Increasing adoption of blockchain solutions will foster innovation, motivate enterprises to exploit the potential of the blockchain with the benefit of future ecosystems and consumers.

If you are ready to be a part of the revolution, you can talk to the experts in akaChain, who have a deep understanding on using the BaaS platform for business development! 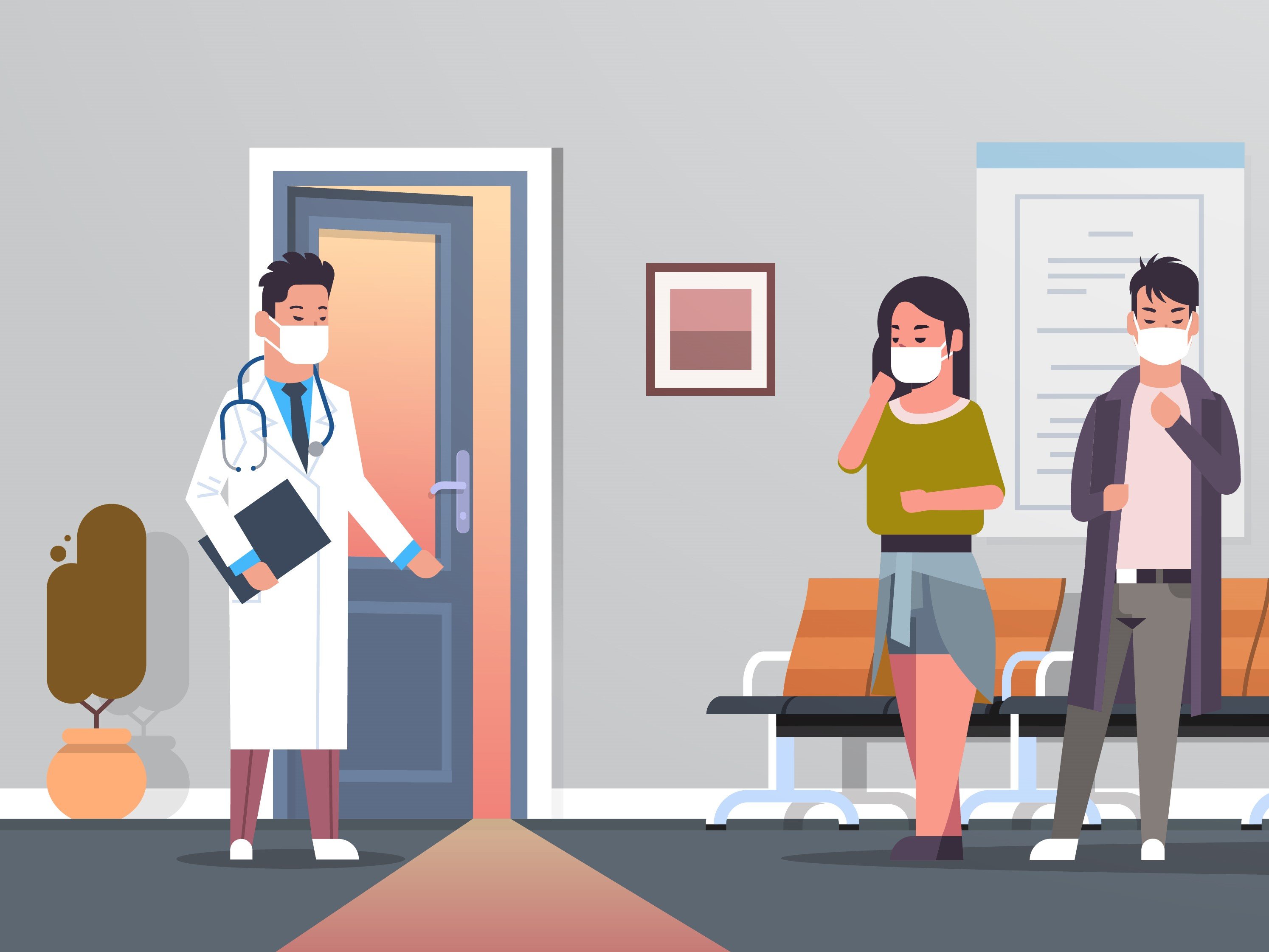 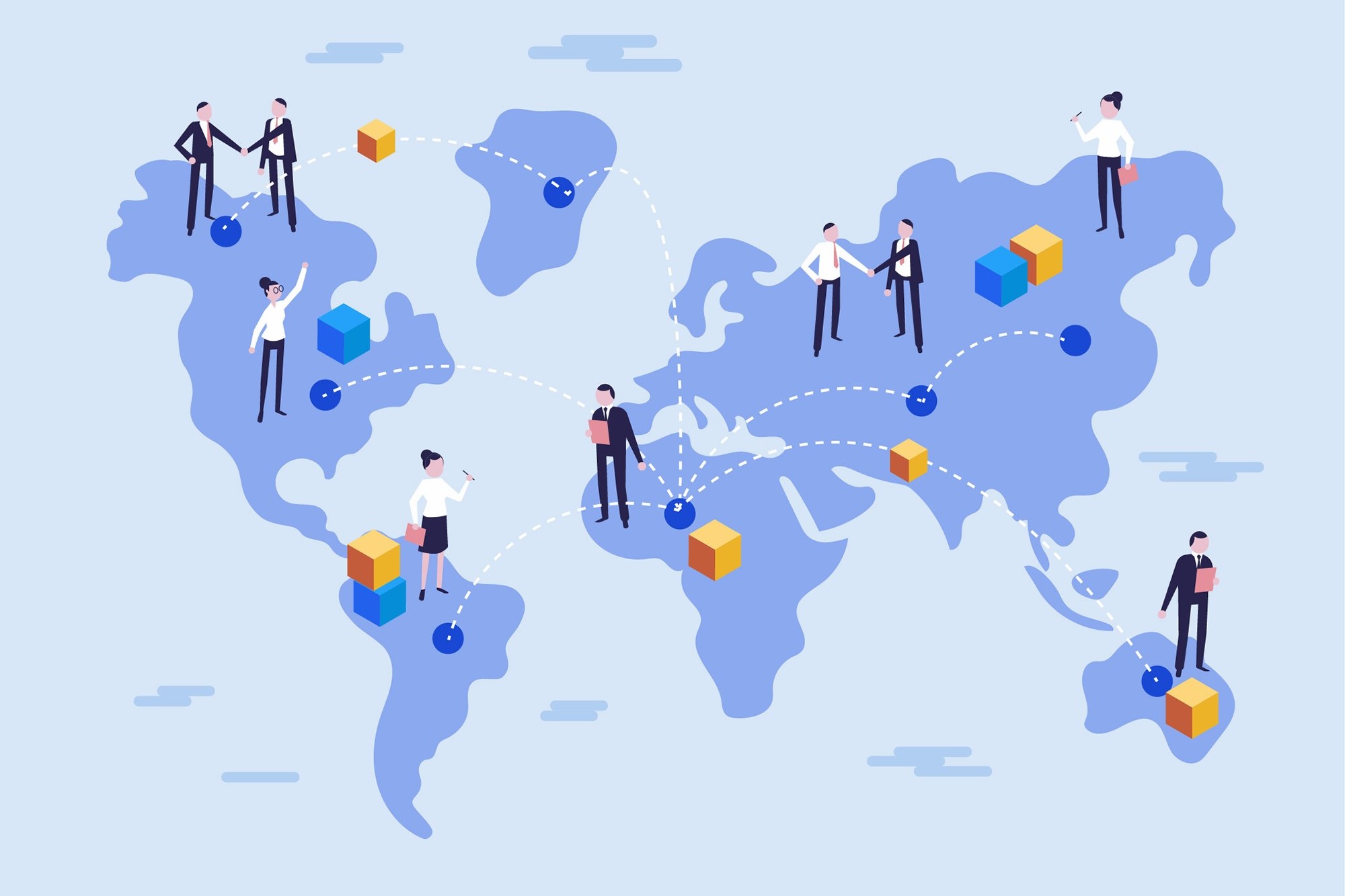 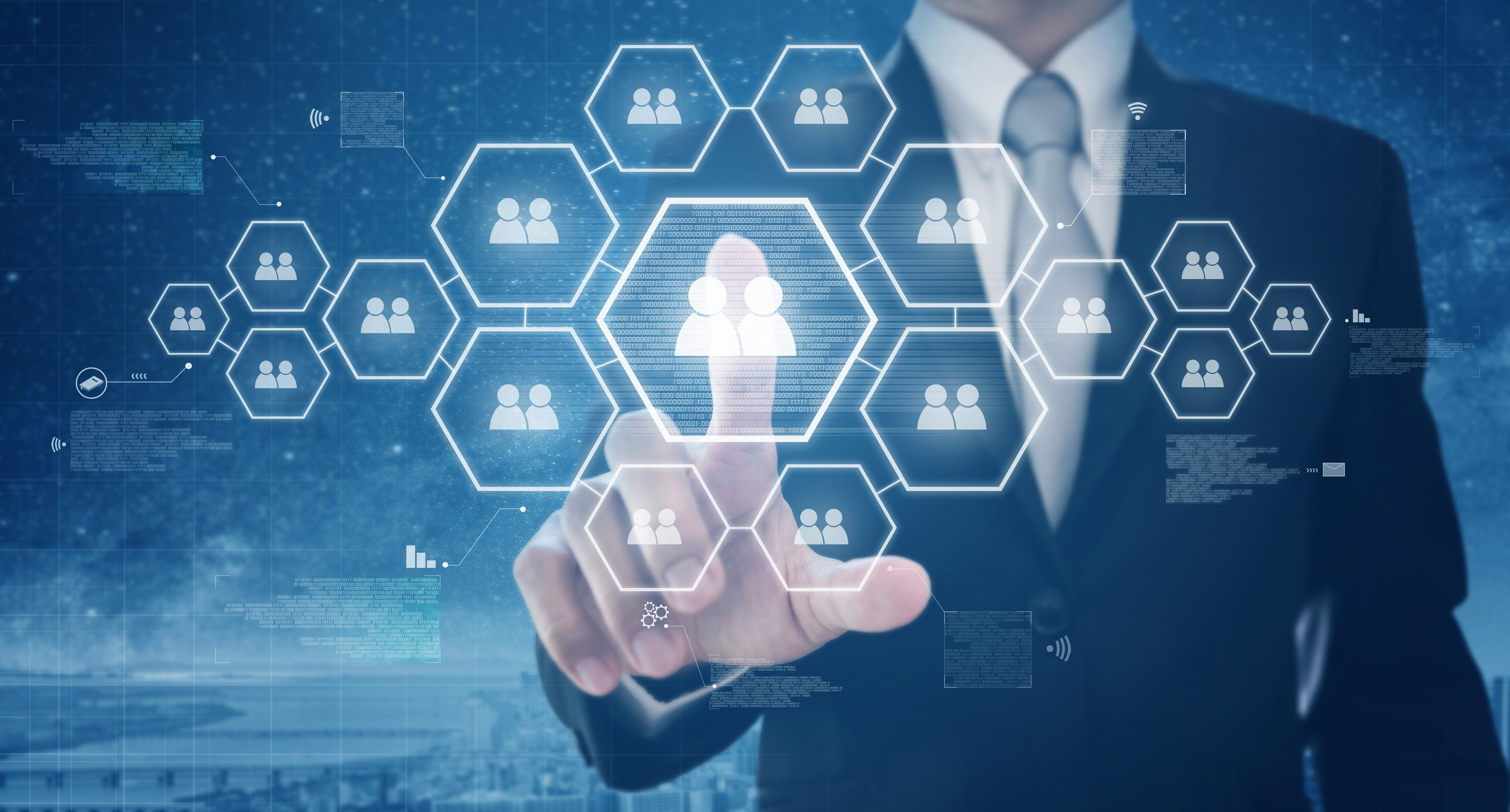